Saturday, December 3
Trending
You are at:Home»Entertainment»Anastasia “The Bold” Bolden – Host-Comedian-Writer

Anastasia “The Bold” is the hottest and most sought after comedienne in the south. This young lady is an extraordinary comedienne. She has the exceptional ability to captivate an audience from any background. Her versatile comedic delivery style and stage presence is amazing.

Anastasia prides herself on her ability to customize her comedy to satisfy her audience. However, be warned – you will experience her explosive energy and side splitting antics. Her dynamic stage presence should be approached with caution.

Anastasia “The Bold” is too real to be fake, saying the things others only think.

This informative and thought provoking comedienne can be booked for your special celebrations. She will definitely make any event special. 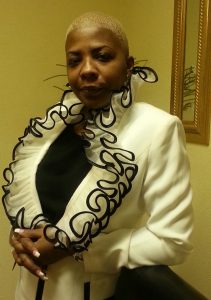 Be ready for a young lady that you will never forget and a show that you will always remember. Be prepared for Anastasia “The Bold”.

AMPS:  Where is home for you?

AMPS:  What was it like growing up in Lubbock?

Anastasia:  My childhood was great in the sense of having the influence of both my maternal and paternal grandmothers. They were everything to me as a child. I lived with both of them; alternating between Dallas and Lubbock.

My paternal grandmother lived in Lubbock, Texas. She influenced my fashion awareness, taught me the importance of good etiquette and inspired me to always be “a lady”. R.I.P. Kathy B. Bolden. I will forever miss you.

My maternal grandmother, Ms. Mary Diamond-Cooper who lives in Dallas, Texas, inspired me to embrace self-pride and to always walk with my head held high. She instilled in me a “fighting spirit”. If knocked down, get up, brush yourself off and take the next step. I will carry her motto with me always.

My biological parents were a part of my childhood. My early childhood years with my mom were normal. My home life began to change when I was about 7 years old. My mother became preoccupied with her personal challenge of drug addiction. As she neglected me to satisfy her addiction, I was left with strangers and molested by other family members. My biological father also molested me but this was never disclosed outside of my immediate family.

Child Protective Services finally intervened in my family dynamic. As a result of their intervention, I was allowed to live with my grandmothers. My mother and father, both, were jailed and spent much of my childhood serving out their sentences. I didn’t have a relationship with my father; however my mother tried to make the most of our circumstance.

I stand on the shoulders of my grandmothers and I thank God for them. Because of them, I am able to share my life story through my comedy. I want to help other kids find a positive direction in their lives. I am able to do this through my personal experience.

AMPS:  How did your childhood affect your “coming of age” and young adult years?

Anastasia:  I was unaware of the wall that I had created for my protection. I didn’t want to trust in someone else to love and keep me safe. My parents had disregarded me. I carried my resentment for many years.

It’s ironic how patterns repeat themselves. I allowed drugs into my life and found myself facing a legal dilemma. I sought help by enrolling into a drug intervention program. I must say thanks to Nexus in Dallas, Texas.

I met Ms. Brenda Street there. She was an on-site mentor who cared. She confronted me one day, one on one, and forced me to face “the woman in mirror”. It was not a good look for me. I had a lot of work to do to become whole.

Later in my room as I thought about our conversation and her assessment of me, I cried. I kept repeating everything that she had said to me. It became clear and very real to me. I was unable to receive or give love. Although I was dating at the time, it was for the wrong reasons. I was not open to a real relationship.

Because of Ms. Street, I was ready to do the work and she was willing to help me.

I have done the work and I’m in a good place now. I’m in a healthy relationship. I can honestly say that I love the person that I’m with and I accept his love for me.

AMPS:  How and when did you decided on comedy as a career choice?

Anastasia:  Comedy was not a childhood dream for me. I was discovered while attending Velma B’s Beauty School in Dallas, Texas. Just in normal conversation, my co-workers thought that I was hilarious. A friend and co-worker, Ms. Wooten, would write down things that I said during the day and would impersonate me during our lunch break. She encouraged me to sign up for a set at The Improv.

Ms. Wooten became frustrated with me because I wasn’t pursuing a career in comedy. She took it upon herself to contact Nanette Lee at radio station K-104 in Dallas, Texas and put me on the phone with her. Nanette gave me a few minutes to test my material and she loved me. I had them all laughing. Nanette invited me to Phat Tuesday at the Addison Improv in Addison, Texas. I did my thing and the audience gave me a standing ovation. That was March 27, 2000. It was my mother’s birthday.

I never went back to Velma B’s Beauty School. I had found where I wanted to be. I chose comedy as a career.

AMPS:  How did you get the name “Anastasia The Bold”?

Anastasia:  Believe it or not, it is a shortened version of my real last name – Bolden. I was performing a set at the Caribbean Grill where I caught the attention of Mr. Frank A. Lott. Because of the genuineness and authenticity of my comedy, Mr. Lott crowned me Anastasia “The Bold”. The name was a good fit for me and I continue to use it today.

AMPS:  How satisfying is fan appreciation for your comedy?

Anastasia: It feels awesome. Having the ability to make someone laugh in spite of or in conjunction with their day is great. I recognize my talent of comedy as a God given gift. It is a blessing and I’m very thankful for it. Sustaining a career in comedy is very difficult at times but like most success, it’s also very rewarding.

My comedy is a reflection of real life experiences. There are many times when my stand-up routine will echo the struggle of someone in the audience. Affording them the ability to look at a particular situation from a comical point of view allows them to laugh about it.  Laughter makes us all feel better.

I appreciate my fans so much for sharing with me after the show. Just knowing that I have provided a distraction for a few moments is a bonus for me and hopefully a different outlook for them.

AMPS:  How can the AMPS family continue to follow you?