You are at:Home»Lifestyle»The Face Behind AMPS Magazine – Dallas 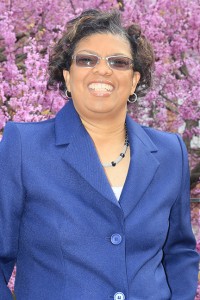 rgan is a native of Columbia, Louisiana. Growing up in a small town has its advantages and disadvantages. Outside of school activities, there wasn’t much to do. But there was always a very strong sense of community support. Everyone is a part of the family. Connie started playing basketball in Elementary School. Early on, her coach recognized her ability to handle the basketball and decided she should be the point guard for her 5th grade basketball team. Connie continued to play basketball throughout High School. During Junior High School, Connie discovered she had another passion. She loved taking pictures. She wanted to be, both, in front of and behind the lens. She was also inspired by the news reporters that she watched on TV. She knew that was what she wanted to do. While in High School, she began working for her aunt and uncle’s local newspaper to earn spending money. Eventually she was offered her own column at the newspaper. She began writing the Columbia news. It gave her the ability to enter the world that she admired from afar. Connie would interview people within the community. She reported the news of the community. She spotlighted birthdays, anniversaries, graduations or any other special events within the community. This is how Connie’s dream of becoming a journalist emerged. From taking pictures with a disposable camera in Junior High School to AMPS Magazine of Dallas, Connie began to realize that dreams do come true.

Connie: I reside in Dallas, Texas but home for me is and always will be Columbia, Louisiana. My Mother and many other family members still live in Louisiana.

AMPS: Most little kids dream of what they want to do when they grow up. What was your dream when you were a little girl?

Connie: I dreamed of becoming a photographer and a news reporter like I saw on TV.

AMPS: Who and what influenced your career?

Connie: My aunt and uncle who live in Monroe, Louisiana are the owners of “The Monroe Free Press”. This is a local newspaper for the community. They were a big encouragement for me to pursue my dreams. Being inspired by my family and fascinated by the news reporters that I saw on TV, I knew that my dreams could become my reality.

AMPS: What intrigued you about journalism?

Connie: I am a very social person. I love meeting and talking with people. I felt that journalism would afford me the opportunity to do both.

AMPS: How did it all begin?

Connie: I would sometimes spend the weekend with my aunt and uncle in Monroe, Louisiana. Monroe is approximately 30 miles from my hometown of Columbia. Being a High School student, I would ask my aunt for spending money. Finally one day, my uncle told my aunt to stop giving me money because I was old enough to earn it. He said from now on, if you want to have your own money, you will work for it just like we do. They offered me a job at the newspaper. I began by delivering the newspaper. As time went on, my uncle extended the opportunity for me to write my own column. I started by writing the ‘Columbia News’ column. I reported the news of my hometown community. My column would be incorporated into “The Monroe Free Press” community newspaper. Monroe is a much larger city and market in Louisiana. Every day after school, I would go around the community to do interviews. I would gather the latest news and take photos to include with my stories. I would spotlight birthdays, anniversaries, church bulletins and any other activities within my community. I was paid per word for my column. In addition to earning my own money, I was getting paid for something that I truly loved doing. My dream was materializing.

AMPS: The Monroe Free Press is a local newspaper. What significant contributions did you make as a journalist?

Connie: With me reporting the Columbia news,” The Monroe Free Press” was able to expand its subscriber base. It had become a local newspaper for communities outside of Monroe.

AMPS: How did you choose your articles for the column?

Connie: I did not have a set format for choosing my articles. With Columbia being such a small community, I would just talk to the people in my community. After a while, the community would come to me with news they wanted to see in the column.

AMPS: How often was your column printed?

Connie: My column was printed weekly.

AMPS: You started as a journalist for “The Monroe Free Press” and have evolved to Owner and Publisher of “AMPS Magazine of Dallas”. This is quite a personal and professional accomplishment. Tell me about your journey.

Connie: First of all, none of this would be possible without God. As a result of my love for meeting and talking to people and my attraction and interest in the news, journalism seems to be such a natural progression for me. I have been involved in all aspects of publishing. From delivering newspapers in High School to Owner and Publisher of AMPS magazine, I have accepted the challenges along the way. My journey hasn’t always been a smooth ride but the journey has defined my tenacity to see my dreams come true. I am thankful for this journey.

AMPS: What is the message behind the acronym AMPS?

Connie: AMPS is derived from American Minority People Succeeding. I feel that as minorities, we should salute and encourage each other. We should take the time to say “job well done”. This does not mean we stop moving forward but we acknowledge where you are so far.

AMPS: AMPS Magazine was initially founded by Roosevelt Wright III in Shreveport, Louisiana and branched out to other cities. How did you begin the Dallas division?

Connie: AMPS Magazine has been a family venture. The magazine changed hands from Roosevelt to Gerald Wright in 2005. In 2009, Gerald who is now the Owner and CEO of AMPS Magazine presented me with the opportunity to launch the Dallas franchise of AMPS Magazine. I was in a state of shock, unable to answer him at first. When I found voice, I said yes, of course. My dreams of becoming a journalist and photographer were coming true. Here I am today—Owner and Publisher of AMPS Magazine of Dallas.

AMPS: What other cities can we find AMPS Magazine?

Connie: AMPS Magazine is also in Indianapolis, Indiana, Atlanta, Georgia and Miami, Florida. We are looking to add more franchises in other cities.

AMPS: What are some of the challenges that have you encountered developing and cultivating AMPS Magazine of Dallas?

Connie: In the beginning, my biggest challenge was introducing the magazine to a new market. Tradition shows that most everyone is skeptical of a new product. In order to market my magazine, I needed a media kit to present to prospective advertisers. I had to have a printed edition of my magazine to illustrate the objective and mission of my magazine. Once I had these tools in hand, the mechanics of AMPS Magazine began to fall in place.

AMPS: What do you enjoy most about seeing your dream materialize?

Connie: Opening the boxes and holding my magazine in hand is indescribable. Being able to sit down with a printed copy of the magazine has been surreal for me. Seeing the end results of my hard work and the reaction of those who have supported me is beyond anything that I could have imagined.

AMPS: Who or what has been your biggest support system?

Connie: My mother’s support has meant everything to me. When I put a copy of the magazine in her hands, the look in her eyes and the excitement in her voice lets me know that she if very proud of me. She shows the magazine to everyone who visits her. The support of my family and friends is also special to me. They will not let me give up when things are tough. They will give me a moment to regroup and then, they let me know that it’s time to get back on tract.

AMPS: What is your current reader population?

Connie: Currently, we have approximately 100,000 readers and growing.

AMPS: What is your selection approach for featured stories and cover articles?

Connie: I’m looking into live streaming for my magazine. I’m working on the parameters to make this happen in the near future.

AMPS: How will you continue to expand AMPS Magazine of Dallas?

AMPS: How do you attract advertising for your magazine?

Connie: I would like to encourage everyone to follow their dreams. Never give up. If Plan A is not working, revise it and come up with Plan B. Sometimes your plan just needs to be tweaked a little. You must stay focused on the end goal. Do not allow negative energy to enter your space. I would say pray about it and know that God will see you through it. It will come in time. Prayer can change the course of things.

AMPS: What is the contact information for someone who wants to become a part of the AMPS family?

Connie: If anyone would like to become a part of the AMPS Dallas team, you can email me at connie@ampsmagazine.com or call (214) 937-9041.