You are at:Home»Entertainment»Artist»The Texas Sensation – Desmond

Desmond Donahue is a native of Dallas, Texas who began singing at an early age in the church choir. He had an array of influences throughout his childhood that set the tone for his desire to become an R&B artist. His main 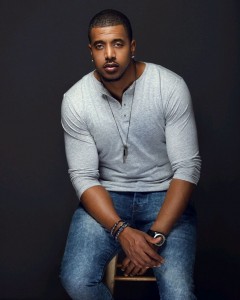 AMPS: What was the response from your 2010 AMPS cover story?

Dehz: The response was so shocking but all positive. Family, friends and co-workers, all, wanted a copy of your magazine to celebrate my first cover story. AMPS magazine provide me a platform to reach out to the community and to my fan base. The cover story also created an interest in my music and a much larger fan base. I want to thank you and AMPS magazine for your support. That was a moment in my career that I will not forget.

AMPS: Community involvement is very important and AMPS magazine’s mission is to always be a visible part of the community, as well as a tool to keep the community informed.

Dehz: That is the great part of having supporters like you. I am always looking to reach out to my fans and to meet them personally when possible.

Dehz: My audition for this role almost did not happen. That was not a good day. Everything that could go wrong did go wrong but I did make it to the audition. I was called back for a second audition and got the role of “Big D”.

AMPS: What is the premise of the character “Big D”?

Dehz: Big D was a really dark character who headed an organization to stop sex trafficking of women and children. I was able to become this character with the help of the director and other actors around me. It was great. I could not believe it was me on the big screen. It was awesome to see all of my supporters on the day of the premier.

AMPS: How did you make the transition from music to the big screen?

Dehz: A movie director saw one of my videos and offered me a lead role in his short film. He was impressed and I felt I was really good as an actor. I decided that I would seriously pursue acting but needed more training. I enrolled in Key and Peele College. At this point, I knew acting was the career that I was most passionate about.

AMPS: Have you put your music on hold for now?

Dehz: I still write for other artist but I’m not in the studio at this time. Acting is definitely my priority and focus for now.

AMPS: What does your family think about your career change?

Dehz: The family is still taking it all in. They are very supportive and very proud of all of my accomplishments.

AMPS: Are you able to appreciate and enjoy all that you have achieved?

Dehz: I know that I am blessed but sometimes it is difficult to grasp my journey. I always challenge myself to never become complacent. I feel as if I can always improve in some area. I am thankful for my Dallas family and fans, but my goal is to get more exposure nationally and internationally.

AMPS: Have you worked on any international projects?

Dehz: No, I have not so far. I am in talks with an international film agency that has numerous opportunities for future projects. I have also opened a management company that will be another avenue in realizing my goals. I am a sports reporter covering the Dallas Mavericks and I have done some sports reporting for KTEV TV in Texarkana, TX. This is a different genre of entertainment that I enjoy. I have a lot of fun being on the court and interacting with the players.

AMPS: How did you become a part of the cast of Tyler Perry’s “If Loving You is Wrong’ and “The Have and The Have Nots”?

AMPS: “Selma” was such an iconic film that embodied our history, do you regret passing on being a part of it?

Dehz: My commitment to any project will always be genuine. However, I do regret choosing to do both projects and getting delayed on the set of “If Loving You is Wrong”. In hindsight, I wish I had gone directly to the set of “Selma”.

AMPS: What is next on your “To Do” list?

Dehz: I have been writing lately so I want to produce my own films. I will continue my community involvement and be a mentor to teens and young adults. I have also joined forces with my father to start a driving school. The doors opened in May, 2014. The business is going great.

Dehz: There will always be life challenges. I would stay strong and stay proactive. Research is a necessary tool. Always challenge yourself to do better and be better. I would also say to everyone, create good karma. The most important thing is to stay prayed up and remain faithful in whatever you choose to do. Everything will work out the way that it should. Desmond Donahue contact info: https://twitter.com/teamdehz http://www.imdb.me/dehzdonahue